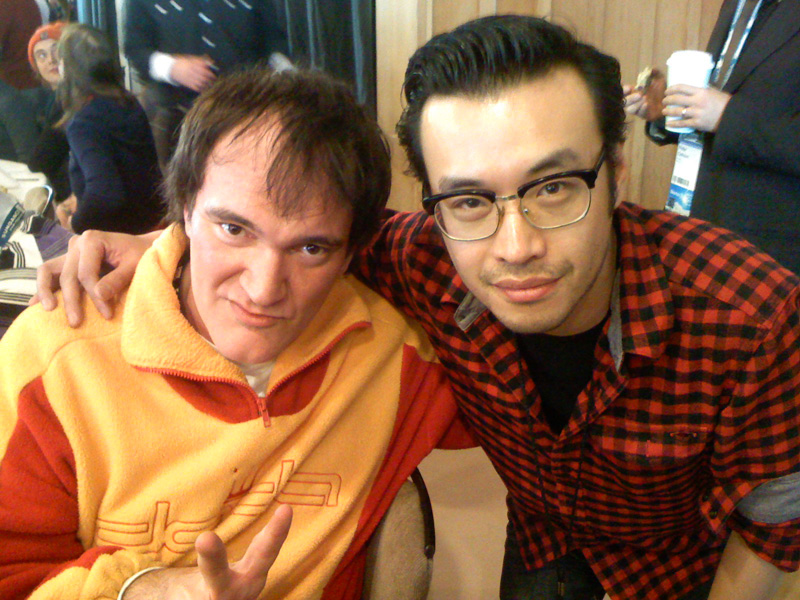 Despite my family problems, 2008 is a very fruitful year for me. It kicks start in January with two of my short films “Because Washington Is Hollywood For Ugly People” and “Gas Zappers” got officially selected to show in the Sundance Film Festival. My girlfriend Young, Noah Vawter (music producer of Gas Zappers), Tamas from Postmasters Gallery and I went to attend the festival and met lots of interesting and ambitious people, including SLC natives supa-creative and sweet power-couple Chris and Jillayne. During the festival Young and I sneaked out to Arches/ Canyonlands National Park to breath some fresh air, it is absolutely stunning! In February to March my work is in a group show called “Unmonumental” in New Museum, curated by Rhizome.org’s mighty-mighty Lauren Cornell and Marisa Olson. The landmark exhibition “feature works by an international group of fourteen emerging and midcareer artists who appropriate diverse material from the Web to create new Internet-based montage. Cutting and pasting, breaking apart and re-assembling, ripping and remixing, the participating artists extend the radical practice of collage to the Internet, demonstrating how previously tried techniques can engender rich, new artistic practices.” 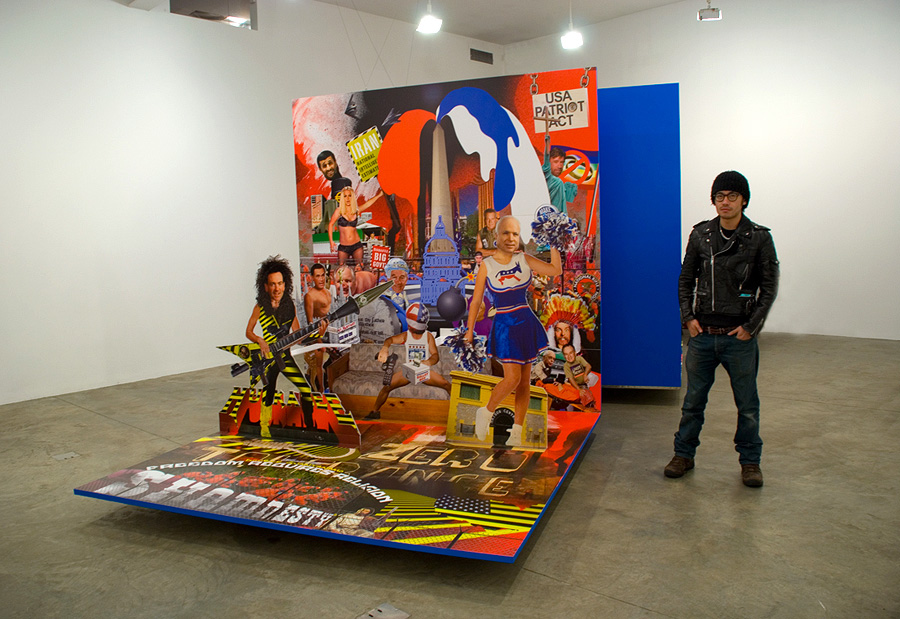 Since the beginning of 2008 I have been working on a new project called “Residential Erection”, an installation piece that consists of two 8ft X 8ft pop-up book sculpture and a high definition video. In the 6 minutes video I collaborate with my old friends John Blue, who also composed the music for “Because Washington…”) and Tim Blue, who wrote and perform the narration. The animation video expresses my political perspective on the 2008 presidential election. The project debuted as a solo show at Postmasters Gallery in April and got great reviews from New York Times’ Ken Johnson, Village Voice’s Robert Shuster, Art in America’s Cathy Lebowitz, Art Asia Pacific’s Paul Laster (10 pages review!), Rhizome’s Tyler Coburn, and French Liberation’s Marie Lechner. Here I would like to express my utmost gratitude to Magda and Tamas from Postmasters for giving me a shot and provide so much support and also Colin Montgomery for the beautiful large prints! Back to my personal life, in May I began another greatest chapter of my life! I went on a business trip to Tokyo, Japan, and my girlfriend Young came along. The first night we arrived I took her to the center of the famous Shibuya Crossing, kneeled down, pop the Tiffany ring and ask her to marry me. After almost got run over at the busiest cross-walks in the world we randomly go to a super tiny bar in Nonbeiyoko-cho (Drunkards alley) to celebrate and bought everybody a round of drinks- all together 6 people including the bartender and us. We are officially engaged on May 16th, 2008 and from that day on I am the happiest man on earth!

2008 Summer months are dormant yet focused for me. I spent almost the entire Summer watching the Olympics and preparing for the Fall season- having participating in seven art shows and four screenings in that three months of period really drain me out. 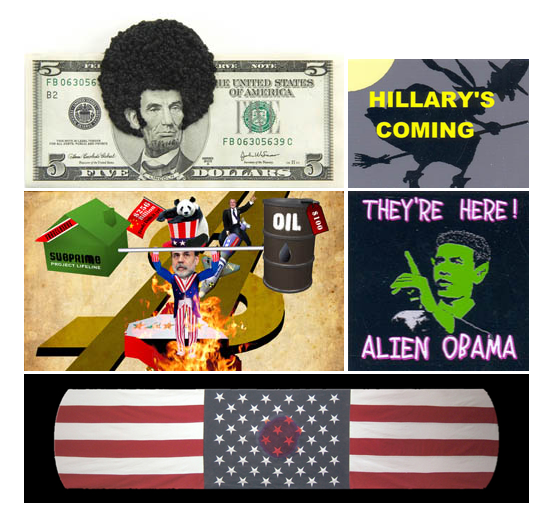 The fall started with an invitation by Rod Faulds at Florida Atlantic University Art Gallery, Boca Raton, Florida to participating in a fascinating group show “Political Circus”. Along with the student volunteers, we rebuild the levitating newspaper Capital Hill/ Mosque structure from the Mordes collection (Thank You Mr. and Mrs. Mordes). This exhibition also featured a very impressive wide array of promotional and anti-promotional political materials selected to demonstrate racist, sexist, and misogynistic tendencies running rampant in the 2008 presidential election by Professor Jane Caputi.

Almost right after that I traveled to Medford, Boston to Tufts University to attend the opening of “Empire and Its Discontents“, curated by Amy Ingrid Schlegel and Rhonda Saad. Organized as a tribute to the 30th anniversary of the publication of “Orientalism” by renowned thinker and Palestinian-American political activist Edward Said, the exhibition comments on some of his most fundamental ideas, not the least of which deals with the West’s false assumptions regarding the East.

Two weeks later in “Party Headquarters” at Pratt Manhattan Gallery curated by Eleanor Heartney and Larry Litt, I met lots of like-minded artists that use arts as a social change tool. The highly energetic exhibition and series of performances examine diverse artists’ opinions about political media, the art of persuasion, the persuasion of art, voting attitudes, and the consequences of democracy. 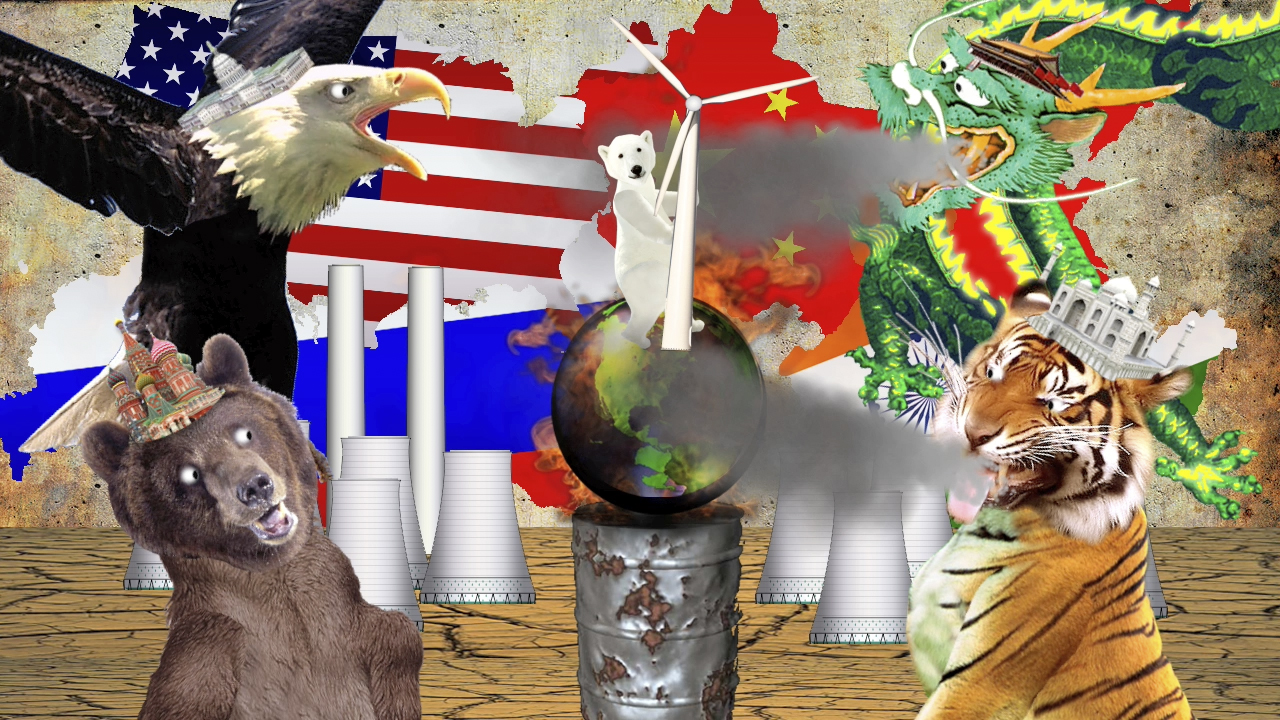 October marked another significant exhibition of the year- my solo show “Gas Zappers“ at Berkeley Art Museum in California, curated by the yotta-bytes memory Richard Rinehart. As some of you might know last year I received the Tribeca Film Institute Media Arts Fellowship by the Rockefeller Foundation to develop an online game about Global Warming. This exhibition marked the world premier of the finished game. “Gas Zappers” was reviewed by Mr. Glen Helfand at San Francisco Bay Guardian, and Spaniards newspaper El Pais by Roberta Bosco and Stefano Caldana Here I give my special thanks to Ben Abrams’ game design and programming and Noah Vawter’s awesome music, and for their extreme hard works with the super short deadline.

For all other highlights for this season you can check it out here. For all the press and reviews for 2008, please visit here. 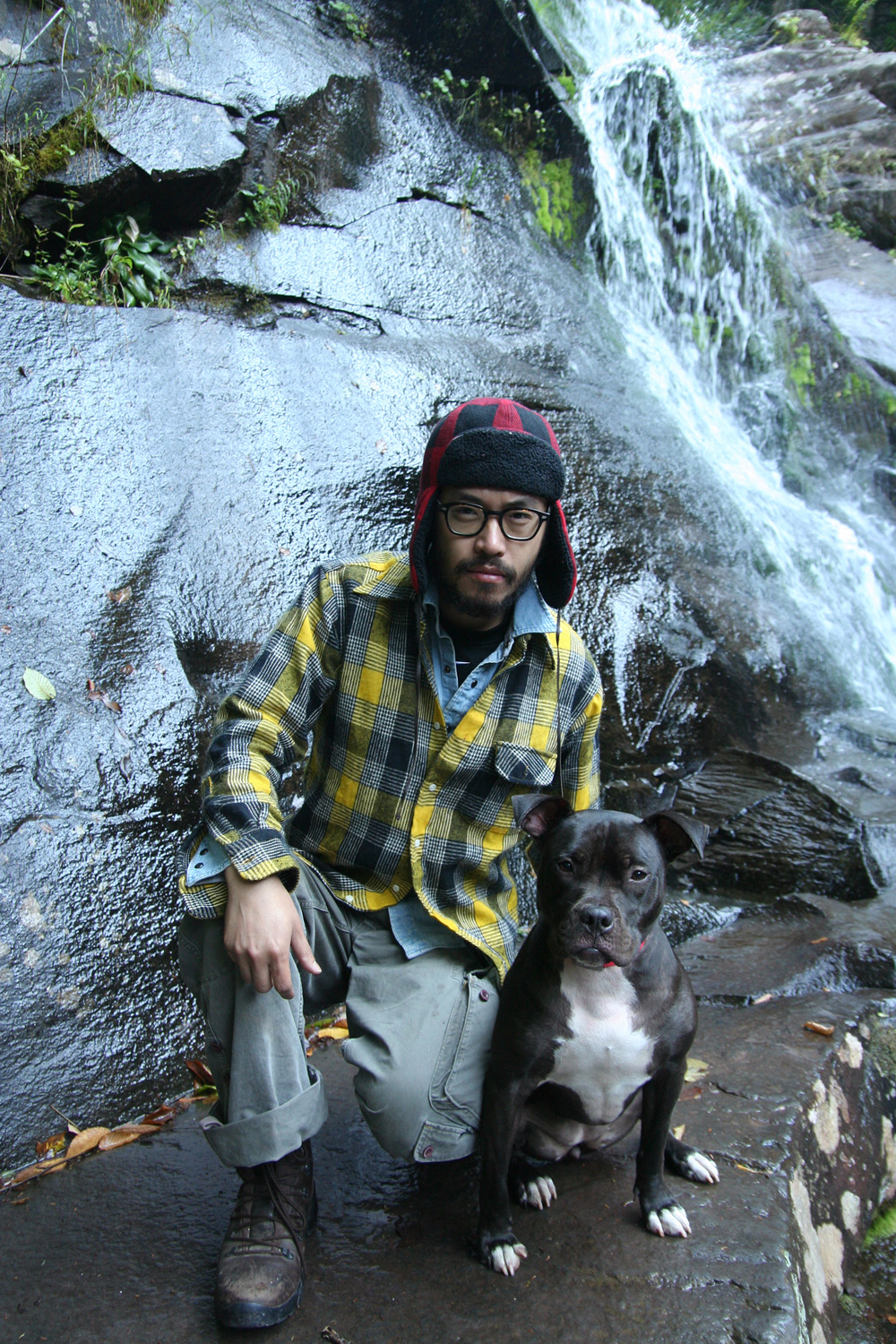 It seems that 2009 will be another busy year for me, participating in four art shows in Europe during the first several months.

In March I will have my first solo exhibition in Switzerland! The show opens on March 19, 2009 at Gallery Guy Bärtschi in Geneva. I am planning to attend the openings but have to check with my work schedule. Will announce the decision later on my blog.

For the group shows, the first one take place at the ARoS museum in the city of Aarhus, Denmark. The net.art exhibition is curated by Mogens Jacobsen, Anne Sophie Witzke and Anne Sophie Loessing. Thank You to Josh On for inviting me to partcipate!

Last group show is called “State of the Art: New York”, curated by Paul Luckraft at Urbis Center in Manchester, England. It will opens from 9th April – 6th September 2009.