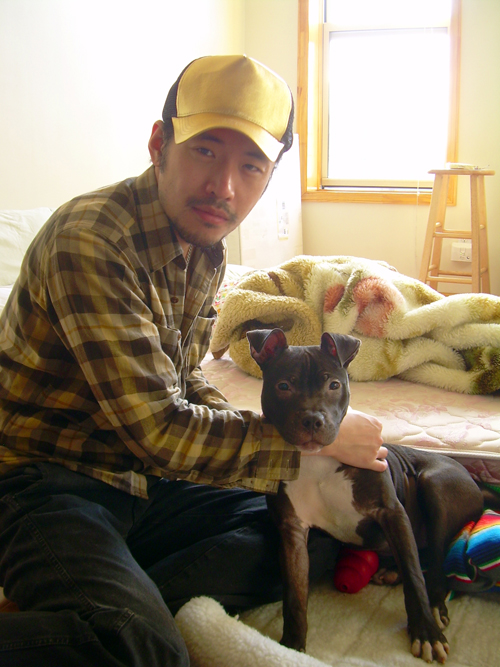 More Pictures Here!
We adopt a pit bull from New York Animal Care & Control today, and just happen that the Fox 5 news are there doing a story about a potential pit bull ban in NYC, so you know what, out of nowhere I am on the news being interviewed on the reasons to adopt and trying to dissolve all the myths about pit bulls, which includes:

Here are some facts about Pit Bulls too: 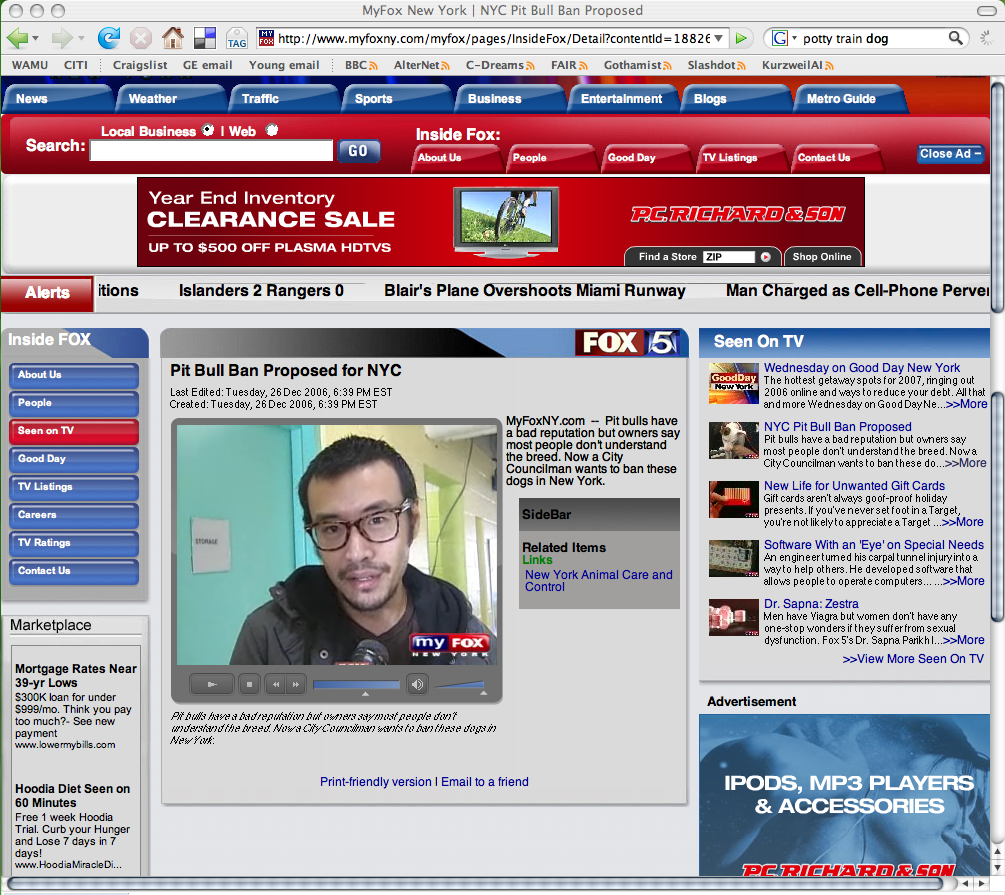 Click on the pic above to see the story, and of course, like all mainstream media, all they want to show is what convenience to them, which means the truth are always covered. After the editing all they show is the most generalize words I utter out. Hmmm I think I need a new haircut.

If you are interested in adopting a Pit Bull or wanna know more about this supa sweet loyal companions, check out BadRap, Pit Bull Rescue Central and Smilin’ Pit. Oh don’t forget to check out Pit Bull Press!

It takes us a long time to decide her name and finally we decide to name her Wiki, after the idea of open source collaborative authoring (the most famous being Wikipedia), plus it also means fast and Quick in Hawaiian language, You can see more pictures by clicking the top menu button WIKI DA PIT!