This study also reveals that 1% of the population owns 40% of the wealth and the poorest 50% own 1% of the world wealth. From the report The World Distribution of Household Wealth:

The richest 2% of adults in the world own more than half of global household wealth according to a path-breaking study released today by the Helsinki-based World Institute for Development Economics Research of the United Nations University (UNU-WIDER).

The research finds that assets of $2,200 per adult placed a household in the top half of the world wealth distribution in the year 2000. To be among the richest 10% of adults in the world required $61,000 in assets, and more than $500,000 was needed to belong to the richest 1%, a group which â€” with 37 million members worldwide â€” is far from an exclusive club. 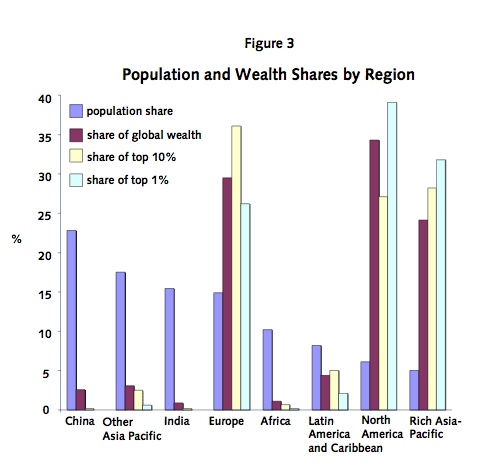 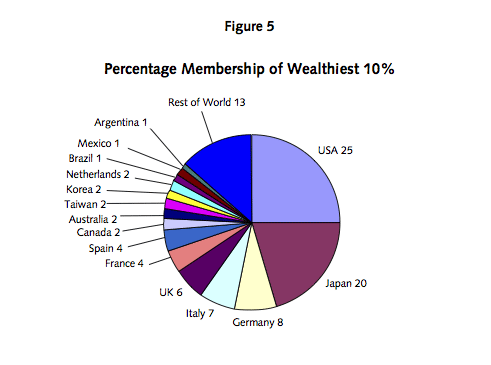 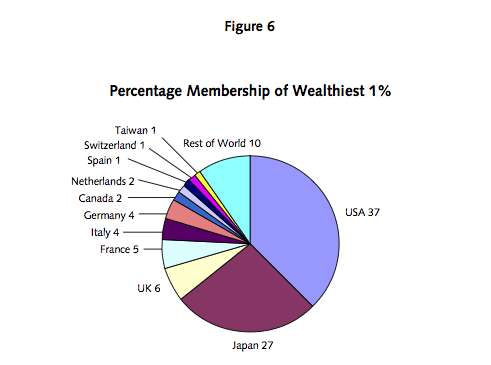 Click for the full report The World Distribution of Household Wealth