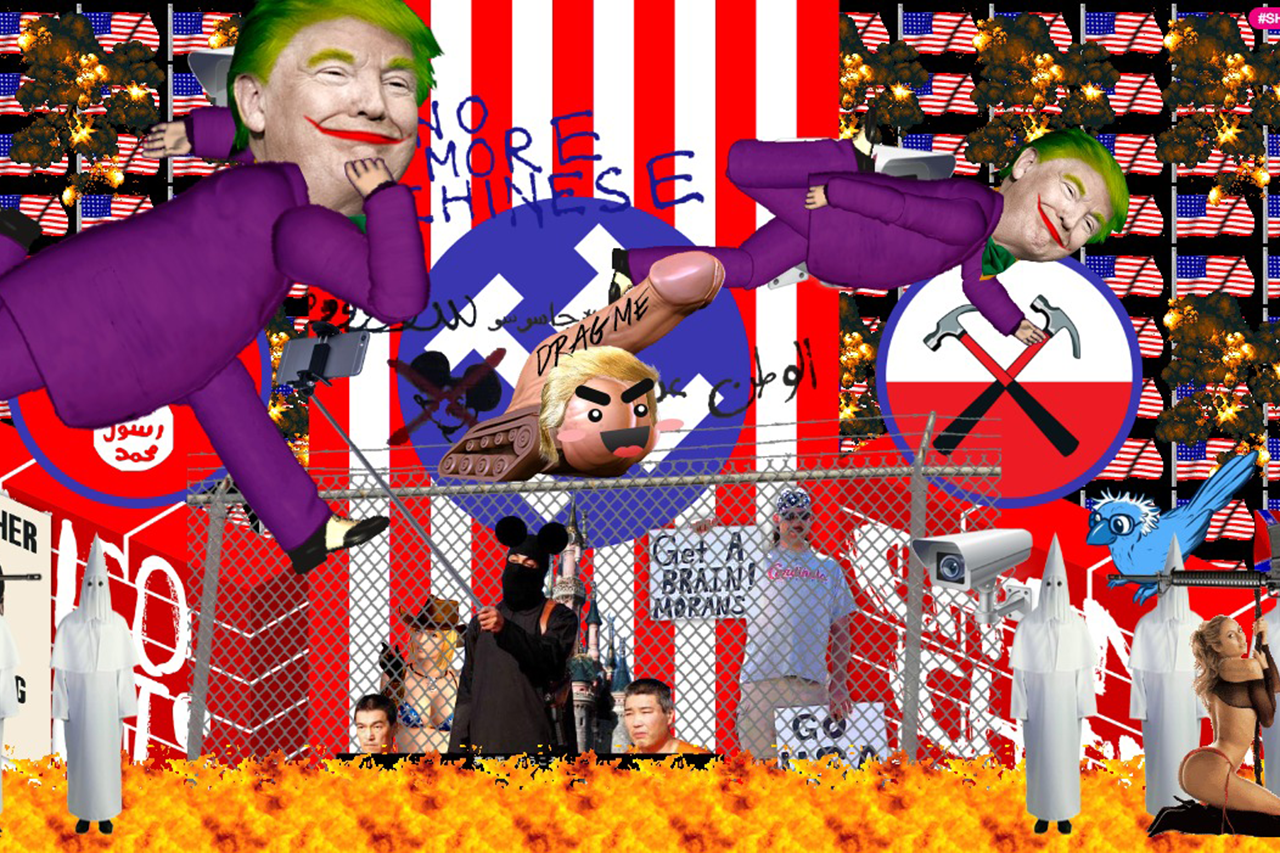 Dear Friends of the Arts,

Hope you are doing well and wish you an amazing Autumn! Cannot wait to see the Fall Foliage in NY!

I would like to share with you my newest art project #ShitWars- The Shit Awakens and invite you to my upcoming talk and exhibition! Thank You Very Much for viewing this newsletter, and let’s try anything we can to stop Donald Trump from being the next president of U.S.A.! 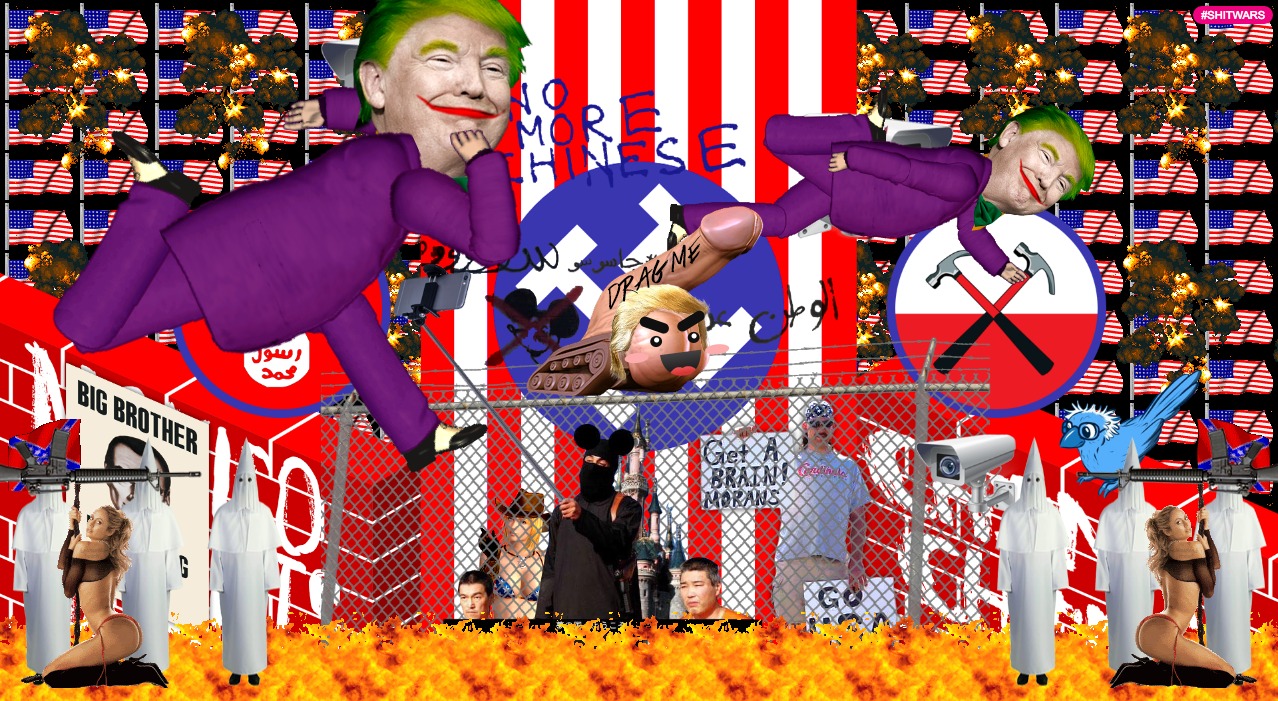 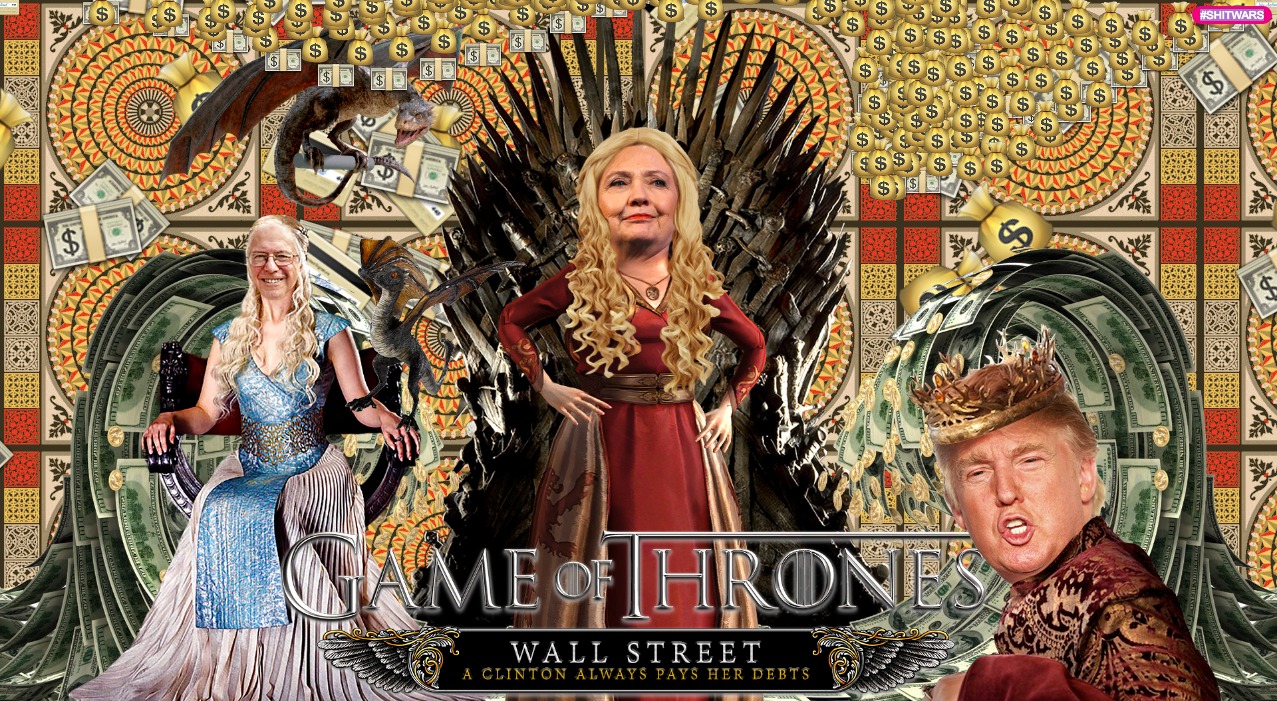 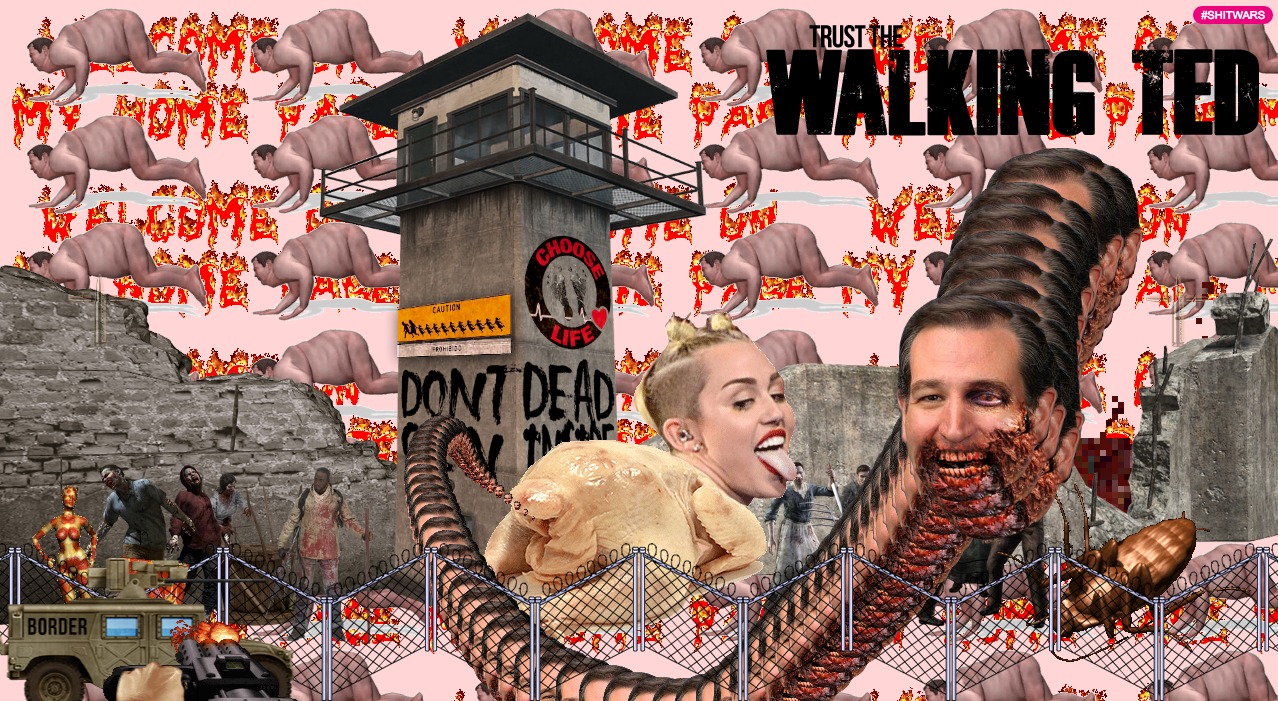 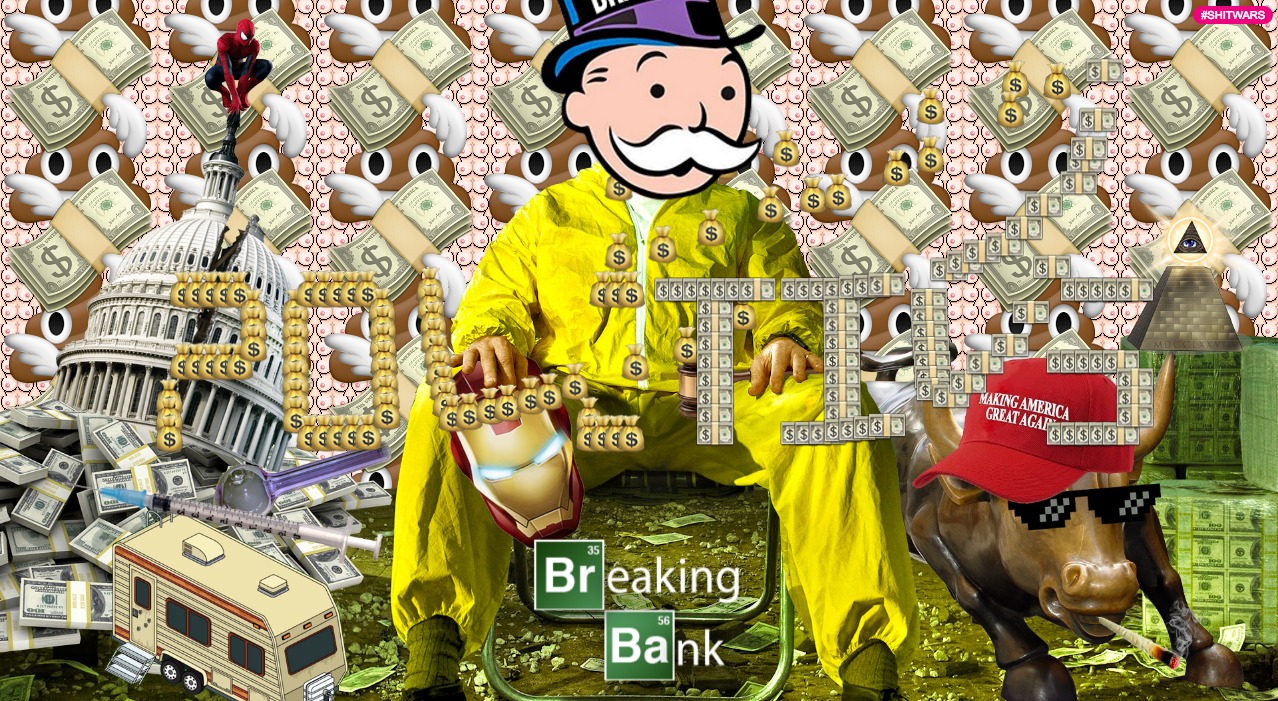 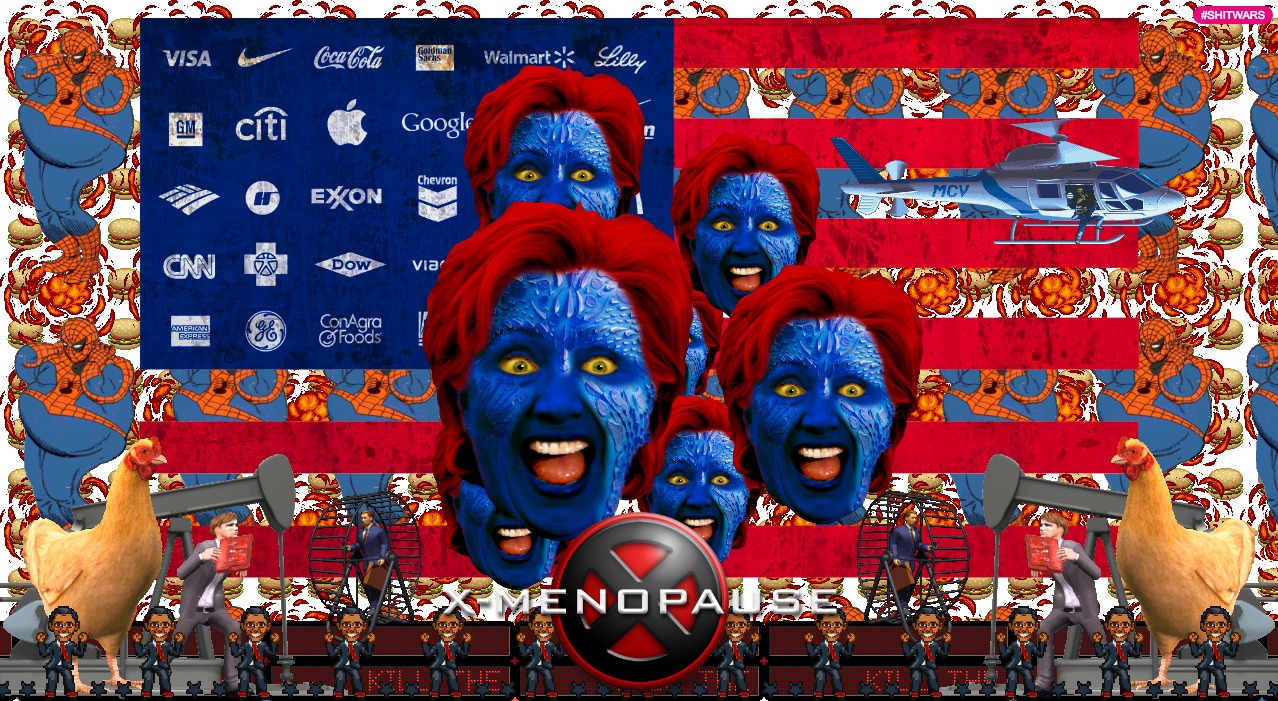 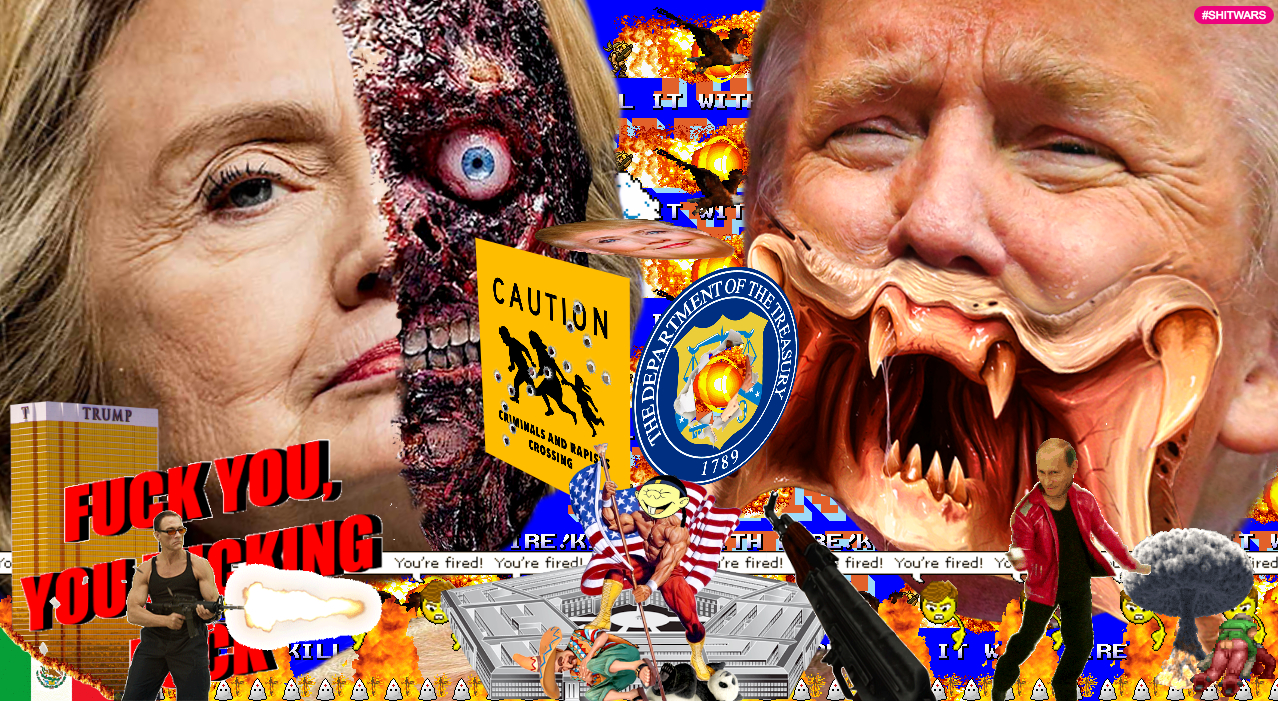 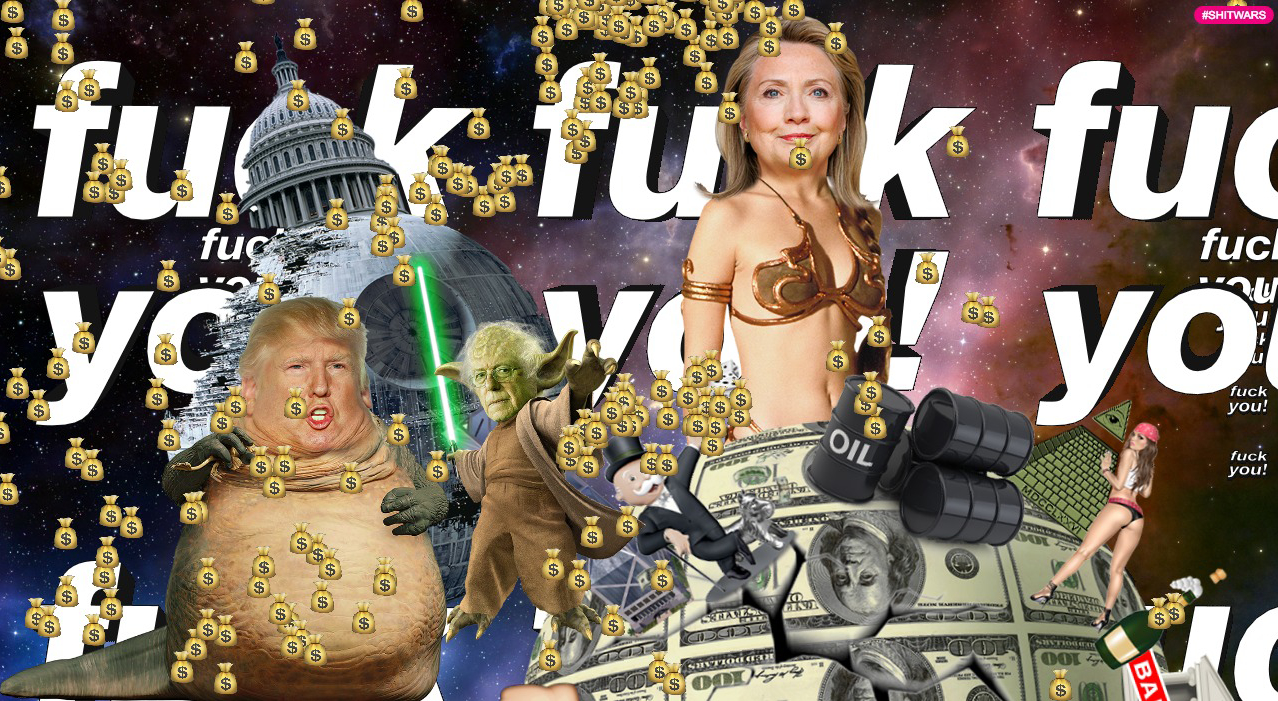 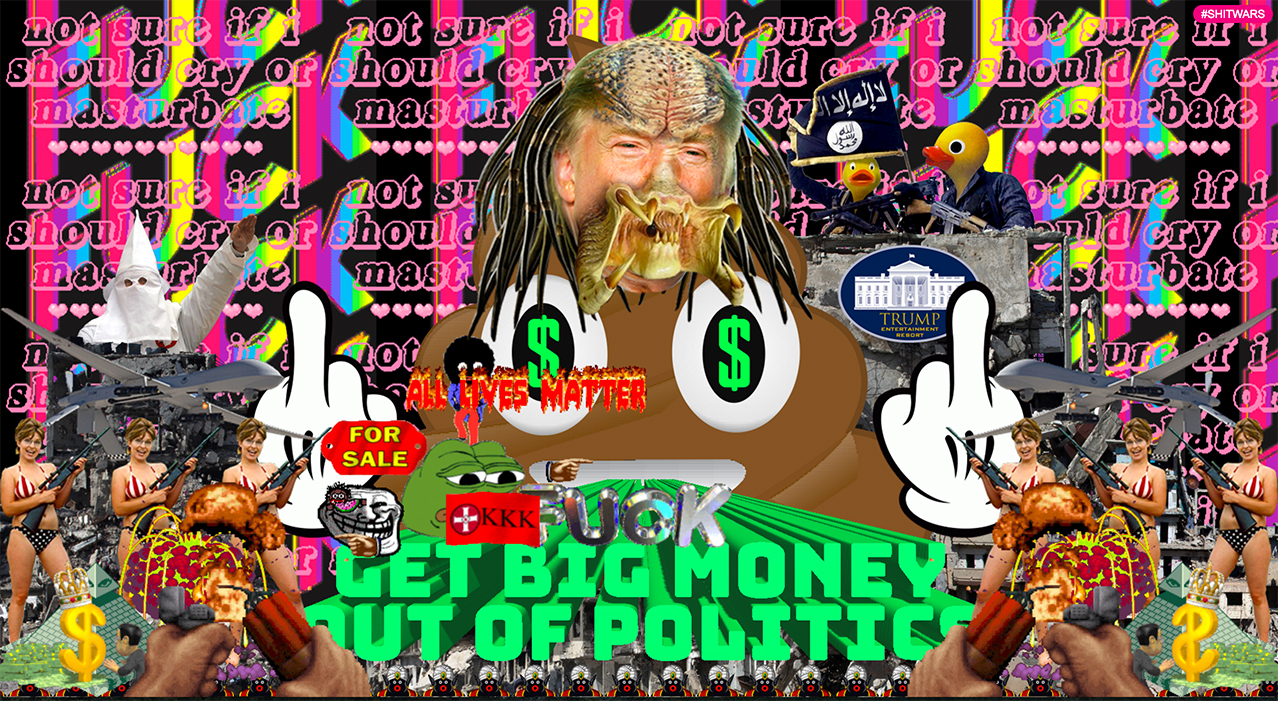 #SHITWARS- THE SHIT AWAKENS addresses the increasing polarization of American politics by Culture Jamming pop culture imageries including Star Wars, Breaking Bad and Game of Thrones. Built with HTML5 Canvas and CSS3 animations, the web-app project is cross-platform and works on desktop, tablets and mobile devices.

By employing the method of Détournement, #SHITWARS- THE SHIT AWAKENS aims to question the power of politics and its effects on manufacturing public consent, while investigates how the role of social media polarizes our opinions on global politics.

#SHITWARS- THE SHIT AWAKENS first debuted at the exhibition “Cut with the Kitchen Knife through the Raw Future of 100 Years Before” at SPAȚIU INTACT, Cluj, Romania. The exhibition is curated by Simona Nastac. 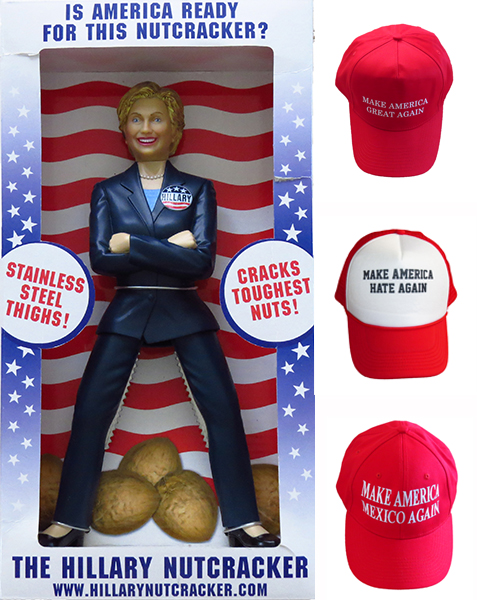 I am very honored that #ShitWars- The Shit Awakens will be exhibited at Schmidt Center Gallery Public Space at Florida Atlantic University. THANK YOU Jane Caputi and AdrienneRose Gionta for including my work in this show!

Political Sideshow 2016: From “Bitch” to (Big) “Nuts” and Beyond, is an exhibition presenting election
campaign paraphernalia and contemporary artworks by Kenneth Tin-Kin Hung, Pip Brant,
Jamilah Sabur and Veronica Mills, Aurora Molina & Randy Burman examining the current presidential
campaign as the “sideshow” to the main electoral event. It samples the vivid, angry, accusatory, often
bigoted, vulgar and offensive merchandise and internet images and memes produced in response to
the 2016 election. This exhibit does not encompass the entire range of available content, but features
those that address social status factors, including race, ethnicity, national origin, gender, sexuality, age, religion and class, speaking to the ways these issues are at play in the election. The hope is to further ongoing public discussion about engaged citizenship, civil discourse, democratic values, social justice, community amidst differences, and the past, present and future of what is commonly understood as a shared American dream of equality, freedom and prosperity. The exhibition is the brainchild of co-curator and FAU professor Jane Caputi, Ph.D (Women, Gender & Sexuality Studies)
in conjunction with FAU alum and adjunct professor AdrienneRose Gionta, MFA, (Visual Arts) the exhibition’s designer and co-curator. 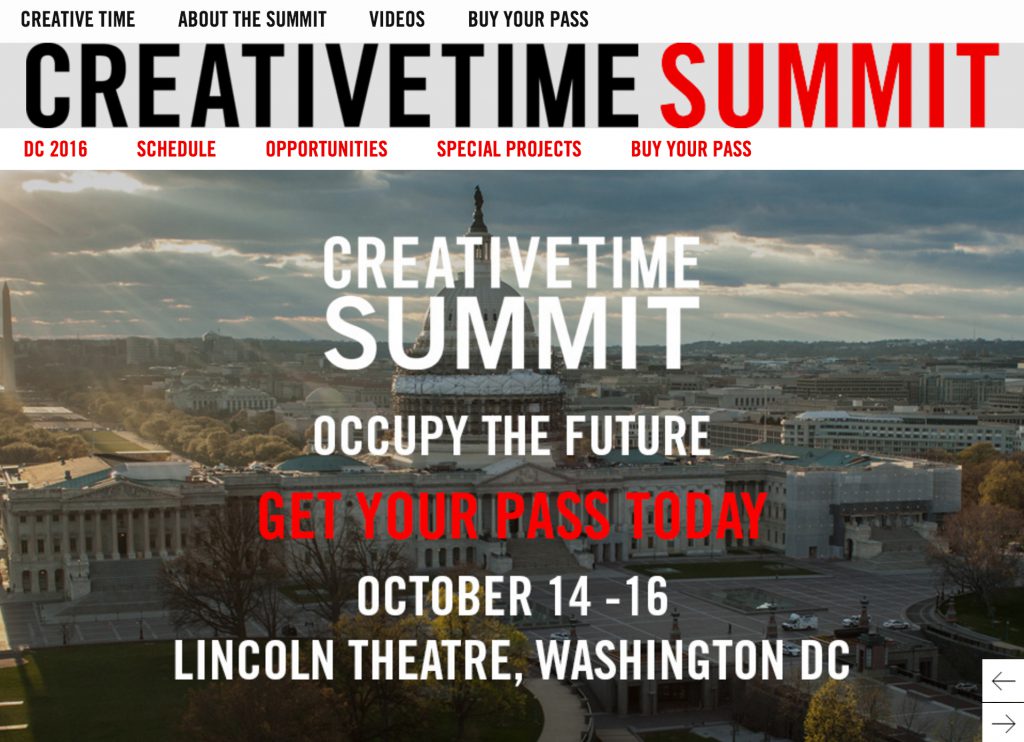 I am very honored to announce that I will be one of the speakers at Creative Time Summit DC: Occupy The Future on Oct 14 – 16 at Lincoln Theatre, Washington D.C. Huge Thanks to Nato Thompson and Sally Szwed for the invitation! Hopefully I will see you there!

Occurring in the nation’s capital just weeks before the 2016 Presidential Election, the Creative Time Summit DC will take this important moment to collectively consider what it might mean to radically transform the current state of democracy. Around the world both the left and the right are making their dissatisfaction with the center known, setting the stage for a virulent electoral season. Shaking up the political landscape, worldwide social movements — from Arab Spring to #BlackLivesMatter — are now ingrained in popular discourse. The 2016 Summit offers a platform for citizen-led strategies and grassroots movements working within, as well as disrupting, electoral politics. As we work to push forward the ideals of human rights in practice, what does it mean to actually occupy power in a future as yet unwritten?