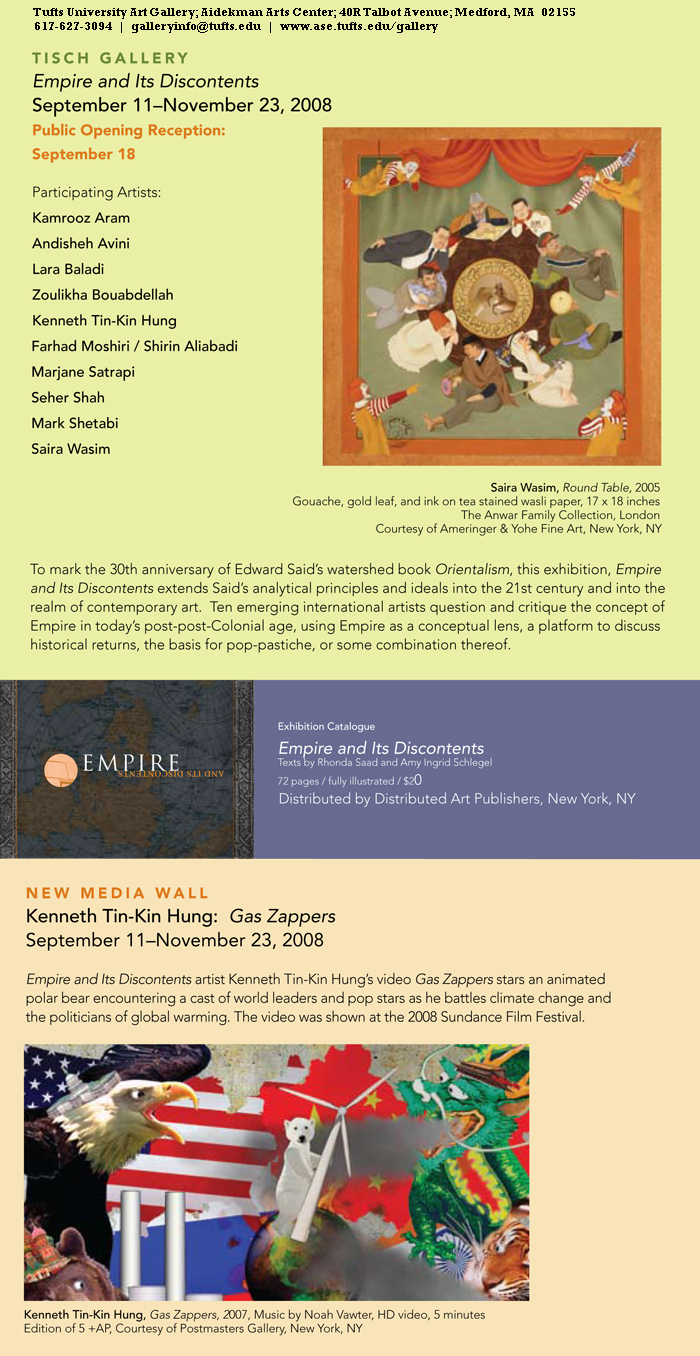 I am invited to participate in this exhibition marking the 30th anniversary of Edward Said’s book Orientalism. I will be there on Sept 18 for the panel discussion and opening receptions too. see ya!

Empire and Its Discontents includes the work of an international roster of contemporary artists with ties to previously colonized regions in the Middle East, North Africa, and South Asia. The exhibition explores various notions of “Empire”—Empire as a conceptual lens through which previously distinct cultural iconographies are merged or juxtaposed, often in provocative, conceptual, or humorous ways that toy with viewers’ expectations; Empire as a historical term evoking traditional art-making practices; Empire as embodied in grandiose nationalistic events re-presented to indicate collapse; Empire in the media today, approached critically through the appropriation and recombination of pop cultural and political icons. The exhibition is accompanied by a full-color publication.