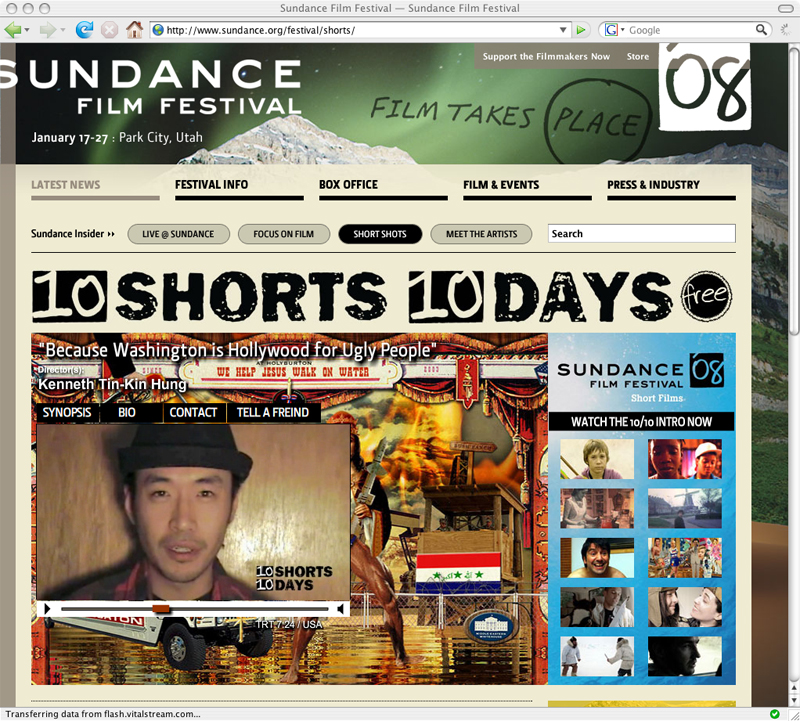 You are gonna see my short animation “Because Washington Is Hollywood For Ugly People” for free in the 10 Shorts 10 Days online program this year. Basically, they pick 10 best shorts from the pool of 83 selected short films (this year they got 5,107 submissions) and stream them online for free. You can see mine on January 23, 2008. However, if you go online you can see my funny face and nervous introduction now.
Here’s the schedule:
Day 1 “I Love Sarah Jane” January 18, 2008 directed by Spencer Susser

Day 6 “Because Washington is Hollywood For Ugly People” January 23, 2008 directed by Kenneth Hung